Where there is wool - Episode 230 - The Knitmore Girls 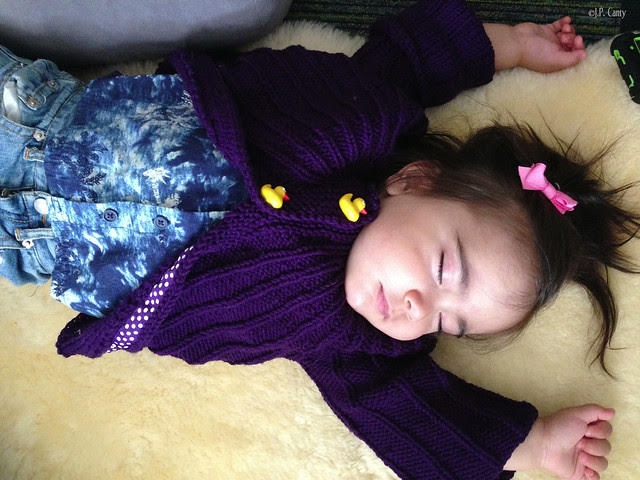 She travels….extensively. At times by wheels, sometimes by wing, other times by wave. She  travels while she sits and knits, creativity driving. Creativity inspired by mountain travel, memories, textures and color, small towns, 5th Avenues and spring flowers. She travels…..light. Light as the wind. With her backpack  she is prepared to hike mountain passes, climb the north face, and forge those rivers.  Next week, she will grab her Zucca on wheels and brave airport security flying to the next big city. One thing remains constant. She always travels with a Lo-Lo Body Bar. She knows while hiking, she won’t be bugged, and while in the city, dry skin doesn’t have a chance.

We are so pleased to support Halos of Hope, a wonderful organization that we have decided to throw a huge event to inspire you all to create hats for Halos of Hope. Join us Saturday, July 13 and Sunday, July 14 for a 24 hour long Halos of Hope-athon. From noon Saturday to noon Sunday, we will be open for mad hatting! We'll have contests and tons of prizes, and plenty of yarn on hand so we can send a record number of hats to Halos. Our particular focus for this event is Halos' Camp Happy Times Project . We'll be knitting kids' hats in star themes (think stars, moons, constellations, Star Wars, Star Trek, and more!) for kids 5-22 battling cancer. Call (408) 735-9276 to RSVP!

Fiber Festival season is almost here!  The Black Sheep Gathering June 21-23 in Eugene, OR attracts spinners and knitters from all over the region for a weekend of fibery fun.  Fleece auctions, spinning classes, herding demonstrations, and shopping with friends; what could be better?  Visit the Stash pop-up shop in Booth #12 to see a small sampling of our extensive stash of hand-dyed + locally sourced yarn.  While you're at it, consider making a pilgrimage to Stash in Corvallis, just 45 minutes north of Eugene. Catch a peek of what we're planning on our website at www.stashlocal.com.

On The Needles:(0:33)
Gigi finished knitting the Celaeno shawl she is knitting out of Lisa Souza Baby Alpaca/silk Petite yarn for Dr. Gemma. Gigi has also finished the Gingko Cresent Shawl, and the first Rosa Rubiginosa socks from The Knitters' Curiosity Cabinet.

Jasmin has been making good progress on her Boneyard Shawl, out of Abstract Fiber
"Colorwork". Gigi cast on a vanilla variation of the Firestarter sock out of Opal, in the Vincent van Gogh colors.

Jasmin is working on her Eadon, and really enjoying the ribbing, and knitting with her handspun.
Gigi cast on another vanilla toe-up sock out of Opal Flower Power.

Jasmin cast on a Houdini sock out of some new Skinny Bugga. Gigi cast on her Color Affection Shawl, by Veera Valimaki out of Miss Babs "Yummy", Superwash Sock.

Gigi dug her CeCe cardigan out of her WIP bin  and decided to work on it some more. We mention a recent episode of Fiber Hooligan.

Events:(15:18)
We will be attending Wine and Wool, at the Retzlaff Winery, on Saturday, May 25th, in Livermore. This falls on the Saturday of Memorial Day Weekend.

We are answering a question from the "What do you want to hear about?" thread in the Knitmore Girls forum, about how to store knitwear.

Gigi had no notes on her CeCe. Frogged, and cast on again on bamboo needles for better traction with splitty yarn. Jasmin was working on her Eadon and totally missed the cable turns.

Gigi cast on the Dianthus Superbus out of the KCC, a heavily cabled pattern, and it was way too tight. Do over.

Gigi was working on the heel of her firestarter sock, and there was something wrong, and she didn't like it. Knitting more did not improve the problem. Frogged, redone, and Gigi plans to use Jeny's Surprisingly Stretchy Bind-Off.

This week we are purloining "Processes" from the videocast "Fiberista Files" hosted by Heather, and we talk about out recording process.

This week we are reviewing the The Knitter's Curiosity Cabinet, Volume II

This week Jasmin finished spining some CVM, and set up her Hansen Mini spinner so it would be ready to go during nap time. She is spinning fleece she bough at Black Sheep Gathering a few years ago, processed by Shari, from Morro Fleece Works  for the retreating cardigan.

Genevieve's best time for spinning is right after her nap.