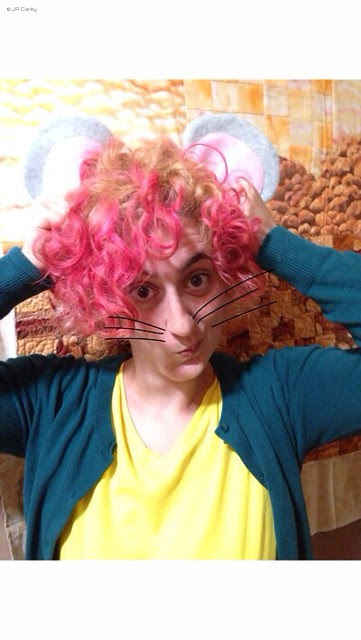 Purlescence Yarns is the Bay Area's destination yarn shop. From the best in spinning and weaving equipment to luxurious yarns and fibers, we have what you need to make your fibery dreams a reality. We're always happy to provide mail order service for Knitmore Girls listeners. Call us today, it'll be on its way!
On The Needles:(0:32)

Gigi finished her Jack o'Lantern sock from Marigoldjen.etsy.com in the Jack colorway, and she cast on her Witchy Woman socks from Lollipop Yarns. Jasmin has knitted another feather for the  Leftie in the #Behmalong. Gigi is lamenting that it takes her much longer now to knit a feather on her Leftie.

Jasmin is trying to finish the Very Hungry Caterpillar sweater she has knitted for Genevieve. She mentions our couture button tutorial. She mentions Lori, from Deerfield Creations, who made lovely caterpillar buttons just for her.

Jasmin talks about the labels she is sewing into the garments. She knitted the Cascade cardigan out of Cascade Greenland.

Gigi has been knitting two pairs of mojo socks, one out of Patons Kroy and one out of Fortissima. Jasmin has cast on the Little Oak cardigan, from Coastal Kids by Alana Dakos, out of Bugga from Cephalopod yarns, in the Nebraska Conehead colorway. Jasmin wants to knit the Gnarled Oak cardigan for herself. We mention the Button Emporium.

Gigi has been making Something Fishy socks, and created a Frankenfisk sock. Jasmin raves about the movie Frankenfish

Our word for the Behmalong is Wichteln. Weihnachten = Christmas. Check out and add pictures to the #Behmalong, #operationsockdrawer and on Everlapse.  We are embedding them on the show notes every week.

Jasmin's handspun:
From FabFunkyFibres: a skein of 15 color rainbow merino/cashmere/nylon

You can follow this on twitter and instagram using #podcasterthrowdown
We asked what our listeners think would be a good bonus if we win, and you can add your suggestion here.

Jasmin wore her Tangled Yoke cardigan, out of Interweave Magazine, out of hand spun yarn. She mentioned Meghan from the Stitch It podcast. Also, she wore her Juno Regina Shawl out of Handmaiden Seasilk, a Miriam Felton Knitty.com design.

Genevieve wore her Yoked cardigan, a Hannah Fettig design, out of Cascade Greenland, and her Very Hungry Caterpillar cardigan.

This week we purloin from Benjamin Levisay from the Fiber Hooligan podcast.
We mention Grimm, Rizzoli and Isles, Borgias, Once Upon A Time, Game of Thrones, North and South(British), Buffy, Mad Men, and Hairspray.

available here. You can print off of it, sort of.]

Gigi has been spinning much better now with the new Woolee Winder, and she is loving the 50/50 silk merino from Red Fish Dyeworks, that she is spinning on her Julia wheel.

We have been working on Genevieve's Halloween costume.
Jasmin mentions the Geeky Girls knit Videocast, hosted by CC and Damaris.